On January 18, 2014 Eugen Doga Salon opened its doors to visitors. This was the realization of Doga’s long-standing intention to create a music salon, where musicians, politicians, and entrepreneurscould regularly gather, where music evenings would be held, and where artistswould share their creative plans. Eugen Doga also intends toconvertthe Salon into a music center where his archives will be stored. “I had no idea that I have so much music! Thousands of scores that need to be stored somewhere so that people could use them,” commentedthe composer.

The tradition of music salons in Europe is a few centuries old; it originated in the Middle Ages. Salons were created in response topeople’s need in intellectual discussion, communion with art, and staying informed aboutnew work created by musicians, poets and artists.

The main goal of Eugen Doga Music Salon is to bring society together in today's disjointed world through art and communication. The Salon’s events are attended by famous musicians and students, school children, and poets; artists are invited to exhibit their paintings. “I want people who are pleasant and of similarmindsetto gather in the Salon, because we are very fragmented, and a shared attitude can unite,” said Doga.

“This is the only salon of its kind in this space, and possiblyin all of Europe, where people listen to music and read poetry. Perhaps, Eminescu read his poems in a similar salon when he was invited to Veronica Micle’s house. And now Eugen Doga in his Music Salon has united these two great artists who never had the chance to be togetherwhile alive: Mihai Eminescu and Veronica Micle,” said poet Nicolae Dabizha. 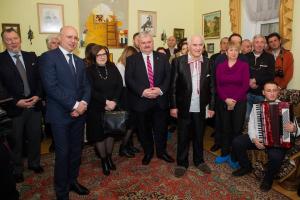 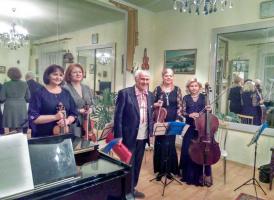 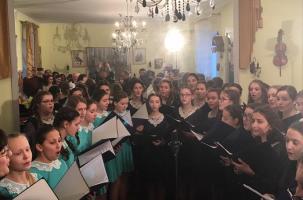 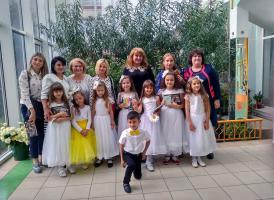 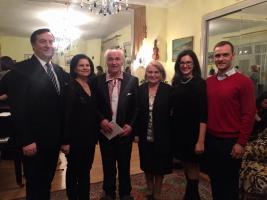 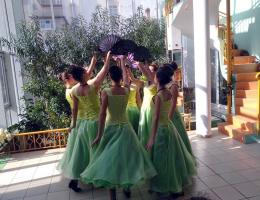 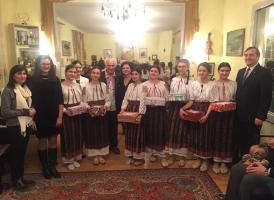